“With man this is impossible, but with God all things are possible.”
(Matthew 19:26)

There should be no doubt in anybody’s mind that America took a wrong turn and now finds itself in very dire straits. Is it too late to recuperate from this downturn or do we stand a chance to bounce back? We will only stand a chance if we first fully recognize where we are and call it for what it is—Marxism! Tyranny has come to America!

I was born and raised in the United States. When I was growing up, I remember people talking about that the greatest enemy in the world was communism and Marxism and that our country was not going to allow that oppressive form of tyranny to dominate the nations, least of all our country. Yet, 70 years later, socialism, which evolves into communism and eventually becomes total Marxism has now come to America and it seems to be advancing in the takeover of our nation at a very rapid pace through many who are in power and are drunk with it. Things have gotten so bad that our Constitution, which was created precisely to prevent a takeover by tyranny, no longer presents a threat to it because it has been trampled upon. 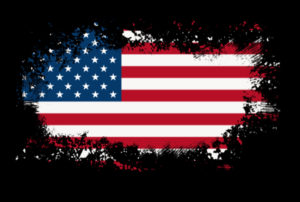 Each stage of this tyrannical form of government increases in its control at every stage. It starts out with socialism, which is a theory or system that aims at making the production of goods and wealth to be distributed and controlled by groups or by the government. It takes from the productive class and gives it to the not-so-productive elements of society. It is a mentality that basically says, why should some have so much more than others? Never mind that people have earned and worked hard for what they have through capitalistic free enterprise. Through taxation the government assumes it has a right to take from some and give it to others or grow the government so much that the government consumes that wealth in its ever-increasing bureaucratic operation.

In time, socialism grows its control by government into a stronger more tyrannical arm known as communism. It is a system where the government determines investment, prices, and production levels. It is a system that more forcefully fights against capitalism. It not only resents and punishes those who want to get out ahead in their productivity but creates movements and government programs in which the common welfare is to be achieved through taking from those who have and distributing it to the have nots. Bottom line—it is a transitional stage into full blown totalitarianism known as Marxism.

The battle cry against Marxism is rising from all parts of our society from those who are waking up to the urgency to stand up and fight for the soul of our nation or it will die. The patriots of this country must rise like those who did in the American Revolution, willing to lay it all down to reach the goal of creating a free and sovereign nation like no other in the course of human history. The time to wake up and shake complacency is now! The real America is worth saving and defending from all enemies foreign and domestic. Our fiercest enemies of freedom are within our boarders and in our government and institutions.

The challenge is daunting, to say the least, and very difficult but it must be done in the fashion of our founders. The founding patriots confronted the most powerful political and military force on earth and defeated it only with God’s help when they committed their fight under the hand of Almighty God and the proof of his intervention is more than awesome. So palpable that General George Washington was known by the British and even the native Americans that he was the general that wouldn’t die since there is evidence of bullet holes in his uniform, yet he lived through all of it. God gave this budding nation his protection like we only read in the pages of the Bible when God wanted to defend old Israel from its enemies.

The difference between that early revolution and the fight we have on our hands today is that the enemy is within and winning elections. That greatly complicates matters and makes our engagement more difficult—BUT NOT IMPOSSIBLE!

America was God’s idea and he made it happen through people who believed him and worked with his principles. God has not died. His principles are still the same. America is in dire need of a getting back-to-basics reformation.

So, all we need to do is to firmly decide to get the momentum going back to those principles by praying and seeking God’s face daily and diligently teaching one child at a time, one individual at a time, one vote at a time, and committing to this for the long haul. I am confident to report that this momentum has already started all across America. Many people have reached that point of determination and we will not be deterred. If we perish in this fight, then we perish but our life’s mission will have been worth it all.

The alternative is that the America we love and cherish will be forever lost if we do not commit to this fight between life or death. America is worth saving!