An article posted by Dr. Susan Berry that reports the findings of a study done on 5,577 biologists said that 96% of these biologists affirm that human life begins at fertilization.

This study reported that 80 percent of Americans say biologists should be the ones to answer the question of when human life begins. 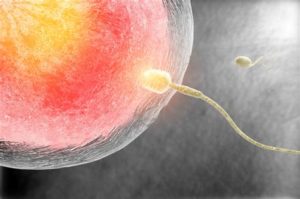 After a decade of investigation for his doctoral dissertation, Dr. Steven Jacobs, Ph.D. presented his final study on “Balancing Abortion Rights and Fetal Rights” at the University of Chicago. In his research, Jacobs studied American values and beliefs toward abortion and when life begins. Jacobs surveyed a sample of 3,883 Americans, who were both pro-choice and pro-life, on this question. When given the choice of biologists, religious leaders, voters, philosophers, or Supreme Court justices as the group of experts most qualified to determine when life begins, 80 percent of Americans chose biologists as the most indicated to answer the question of when life begins.

The participants said they chose the biologists because they are experts in science and are objective. It is interesting to note that the sample of the predominant biologists was non-religious (63 percent), also with more liberals (89 percent) than conservatives (11 percent), Democrats (92 percent) than Republicans (8 percent). Pro-choice supporters (85 percent) outnumbered the pro-lifers (15 percent).

Overall, the study found 96 percent of biologists affirmed the view that a human’s life begins at fertilization.

A Marist poll found that, regardless of political affiliation, more Americans believe life as beginning at conception than at any other time during pregnancy. Most believe it is more a scientific fact than a religious fact that life begins at conception. So, clearly the factual dispute that agrees with God outweighs the mere opinion dispute of those who refuse the facts.

It is a fact: abortion kills a biological human being. We must ask ourselves, why is that homicide justifiable?