Contorted Sensitivities are Driving Us Insane

What does it say about our culture when what we thought was “round” is now being redefined as “square”, figuratively speaking. Yet the change is presented without any basis for tossing out the ages-old definition except for the fact that the “round” concept now disturbs some people and causes them emotional distress.

In some states, trivial things like mispronouncing a first or last name of someone by a teacher can be considered a micro-aggression that would traumatize and obstruct the well-being of that individual for their success in life. This mispronunciation is something not hard to do since this country is composed of immigrants from many nations and languages.

What about the “safe spaces” having to be created in colleges and university to protect people from being intellectually and emotionally challenged?

Not to mention all of this gender confusion that now demands the use of the singular gender-neutral pronoun, ”they” so no one will be offended. Are we now supposed to address a person by saying “hey you”? 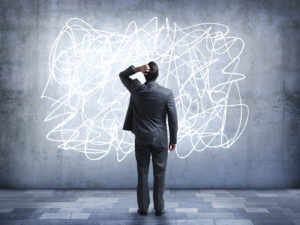 There is no question that nowadays, most institutions of higher learning are dominated by leftist ideology. They do everything within their power to discourage or eradicate critical thinking; they don’t want students exposed to opposite views. Some of the things they find challenging are the free market vs. Socialist/Communism, the positive side of income inequality, government run economy vs. private or private sector vs. public sector, the dangers of the ever-growing taxation, the risk of the overloaded debt budget vs. precise solutions to government overspending, and the proven true benefits of lower taxes that produce higher revenue.

The leftist academia has also done an excellent job of destroying the student’s ability to ask the hard questions and learn the difference between the left worldview vs. the right worldview. How big should the government be? What is the real meaning of being an American? What does history teach us about making a better society? How do we get to the truth in spite of all the pain it will inflict? If critical thinking and common sense could be used again it could do wonders to open up the mind to the real challenges of life in the present to impact the future in a powerful and positive way.

The average American thought racism was only in our past, but now it has reared its ugly head and the left has monopolized the race issue of black vs. white, not to make things better but worse as we are constantly witnessing. Things are so out of control that even if a black police officer shoots another black person, he is declared a racist. Go figure! By electing and re-electing a black man to the highest political office in our country of being the President of the United States, which made him the most influential figure in the world, are we really to believe that America is racist?

If we really wanted to find out who is racist what do you think would happen if blacks and Hispanics and other minorities would research historical facts to find out who the real racists are? Who would be more racist the conservatives or liberal/progressive/socialists?

Can we imagine the dominant left allowing the public schools and institutions of higher learning to put on mature debates where critical thinking is challenged to define the origin of evil and good, and the value of the Ten Commandments?

How about this one: does science truly discredit the existence of God or does it prove Him? Where did the leftist ideology get the idea that murder is wrong, or that stealing is wrong, or that a false witness should be punished, and other moral concepts should be applied to stabilize society? Why not allow students of all levels to hear and ask questions in a debate about atheism vs. theism? Can you imagine what would happen if they could use their common sense to rationalize the answers?

There are other areas of learning that those on the left control. In education, they do not allow opposing views to challenge them in science, history, political science, life studies and others. Of course, I would be totally naïve to think that all they influence is education, when in reality you can see their success in everything through the Marxist-Leninist ideology of political correctness; by promoting that mentality, they have been fundamentally transforming this nation for over 100 years, and even more so, at a neck-break pace, in the last 60 years. Even though their ideology has proven to be insane, they think that one day they will get it right, so they continue to do the same things over and over again with the same failing results.

If people think that shifting from the belief and dependence on the Triune God to an intellectual world they can make a better future—that, my friend, is pure lunacy and the definition of cultural insanity. The mind is not autonomous; either it submits to God’s revealed ideas or to the ideas of insane humans, that is history, those are the facts. No past generation was able to successfully tamper with it, and neither will the present generation ever succeed at playing God.

Millions in America see the church as irrelevant and trampled by the modern philosophy that has ridiculed biblical morality and faith. The other side of the coin reveals a resurgence of brave and committed biblical Christians. They are willing to put all on the line to make the difference, and this should be a good reason for excitement to be part of the coming Reformation that will impact all areas of culture, not only in America but the world. This is not wishful thinking it is called the reality of history that moves in a linear pattern and not circular.

“Now we have received not the spirit of the world, but the Spirit who is from God, that we might understand the things freely given us by God” (1 Corinthians 2:12).

When a culture reaches the highest level of insanity it becomes desperate for answers and willing to follow the piper to their destruction. Let us commit to do whatever it takes to show our generation, and future generations, the way the truth and life that were brought to us by Jesus Christ. No task is too small or too great, and the most important fact is that we are not alone; we have His promise to always be with us. With this in mind, we can be greatly confident and resolute to face the future.