“Democracy never lasts long. It soon wastes, exhausts, and murders itself. There never was a democracy yet that did not commit suicide.”

In our days, democracy, as a form of government, is lauded the world over. People think that if they promote democracy in their nation, they are going in the right direction as a people. But in reality, it is the beginning of the end for any nation.

Why do we place so much trust on the opinion of the majorities to govern us when we are not assured that the values, reasoning and the desires of the masses is the way to go? History shows that masses have acclaimed ruthless dictators for their rulers. 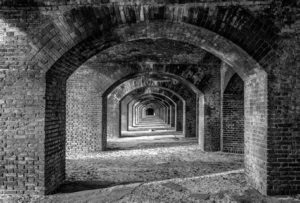 as a form of government has a very dark side and never ends well.

A quote is attributed to Dr. Alexander Tyler, a Scottish professor of the 18th century and it is the following: “A democracy is always temporary in nature; it simply cannot exist as a permanent form of government. A democracy will continue to exist up until the time that voters discover that they can vote themselves generous gifts from the public treasury. From that moment on, the majority always votes for the candidates who promise the most benefits from the public treasury, with the result that every democracy will finally collapse due to loose fiscal policy, which is always followed by a dictatorship.”

Can you believe that with time, things get so bad in a democracy that people will think they are better off in the hands of a dictator? The abuses that go on in a democracy not only become so unbearable they are unsustainable and always collapse a nation.

Can a Democracy have unity without being in agreement of the same basic values? It is impossible! “Can two walk together without agreeing where to go?” (Amos 3:3) We give lip service to the values declared in the Declaration of Independence of life, liberty and the pursuit of happiness, which includes property. But where is the right to life when millions are not safe even in their mother’s womb? Where is the liberty with such an overgrown and overreaching government breathing down our backs every second of the day and especially every payday as we see all the deductions from our earnings? How can we pursue happiness when the real definition of happiness is lost? How can we pursue our prosperity when everything we have already belongs to the government and on any technicality, they can take it away from us? Even when we die the government claims a large portion of what we have accumulated to leave to our children and grandchildren!

No, dear friends, the highest form of governance is self-government guided by the principles of God. These are delineated very clear in the Ten Commandments and their regulation. There is no other form of government that can supersede God’s order for right living.

When a person holds himself accountable to God and his values for all of life, they need no other form of government because God’s government is perfect, and it is already built within every human being through what we call a conscience that alerts us about right and wrong. When humans deviate from God’s government, it is the beginning of the end for them unless they have a turn around. There aren’t enough laws that can be legislated to govern a lawless and rebellious heart.

Following God’s values for life assures us that God’s will is being done in our lives as it is in heaven, just like Jesus prayed “Your kingdom come Your will be done on earth as it is in heaven” (Matthew 6:10). Heaven also guides itself by the same principles, and life in heaven is perfect.

“But the fruit of the Spirit is love, joy, peace, patience, kindness, goodness, faithfulness, gentleness, self-control; against such things there is no law.”
(Galatians 5:22-23)