Greater Things Than These

“Truly, truly, I say to you, whoever believes in me will also do the works that I do; and greater works than these will he do, because I am going to the Father.”
(John 14:12)

Out of the over 2 billion professing Christians in the world today, do you know of anyone that could truthfully claim and prove that they are doing or have done more miraculous works than Jesus did in his earthly life that are recorded in the Gospels? And please don’t implement the overused cop out by saying “oh, but he was the Son of God”. So are we! In John 1:12 it says, “But as many as received him, to them gave he power to become the sons of God, even to them that believe on his name.”

On the other hand, we can all agree that the awesome works that Jesus manifested by healing the sick, growing limbs, multiplying the food, calming the raging seas, quieting the storms of life, transporting himself through the air and even raising the dead. Do you know of anyone that can legitimately make those claims?

So, what did Jesus mean when he said we would do greater work than he did? That sounds pretty awesome but what does it mean?

Some may believe that there are people in this world right now who are performing greater and more abundant miracles, and actually doing more incredible acts of divine healing than Jesus did while on earth. This is totally inaccurate. There’s nobody who comes close to the work that Jesus did. John 21:25 indicates how unquantifiable those works were when he wrote, “Now there are also many other things that Jesus did. Were every one of them to be written, I suppose that the world itself could not contain the books that would be written.”

If Jesus meant that people would do greater miracles than He performed in the sense of displaying more power and more astonishing things than He did, then obviously it is not happening. Even though we are to work the miraculous and do work them in Jesus’s name, nobody has ever exceeded Jesus’s works in the miraculous. So, there must be something else that this saying of “greater things” means. Jesus must be using this term in a different way.

It can only be explained that Jesus was referring to how in time the entire world would experience the whole scope of the impact of his people, known as his church on the world throughout history. If we are honest, we have to admit that a big part of the body of believer’s influence has had a negative impact—there is the negative impact of the Crusades, and holy wars, etc. But on the other hand, if you look at the accurate record, you will see that it was the Christian church that spearheaded the abolition of slavery, contributed greatly to the end of the Roman dominance, the whole concept of education, of charitable hospitals and orphanages, and a host of other humanitarian activities coupled with the miraculous is what he was making reference to. I think that is the greater scope of what Jesus meant when He talked about greater works. A fuller manifestation of these works should be a part of the believer’s daily lives. 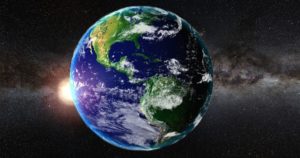