Honor Those Who Paid for Your Freedom

“Greater love has no one than this, that someone lay down his life for his friends.”
(John 15:13)

In much of human history, people have died fighting for their freedom through wars, revolutions, and counterrevolutions. Freedom is coveted in the heart and minds of those who seek to be liberated from oppression because we were created to be free. It never goes well when people are enslaved for whatever reason.

The observance of Memorial Day was created to acknowledge and honor the fallen who fought and died securing our freedoms. Those of us who have benefited from their sacrifice must never forget and take this observance lightly or look at it as just another holiday.

The Memorial Day we now observe, in memory of all who died while serving in the American armed forces in the different wars, was formerly known as Decoration Day. This holiday started after the War Between the States honoring over six hundred thousand soldiers that lost their lives in the Union and Confederate forces. Honoring all the dead soldiers since the American Revolution has become known as this national holiday we now observe since 1971.

From border to border, and coast-to-coast, American veterans and civilians come together to remember those who gave their lives, throughout generations, for our nation’s freedom. America was born because people were willing to pay the ultimate sacrifice. It is a reminder that freedom has a price beyond the material. No doubt humanity will continue to die in the pursuit of a better life against evil.

America is extremely divided ideologically, and historically like never before and this cannot end well. Those who apparently have the upper hand with dominance through their ideas of humanism/atheism, socialism, Marxism and Communism are determined to eradicate America’s original concept of freedom.

In the May 28, 2022 American Minute Bill Federer quoted Harvard Professor Clay Christensen who in turn quoted a Fulbright scholar that said, “If you take away religion [God], you cannot hire enough police.” A visiting Marxist economist from China at the Fulbright Fellowship in 2011 said when asked if he had learned anything that was surprising or unexpected. Without hesitation he said, “Yes, I had no idea how critical religion is to the functioning of democracy…” 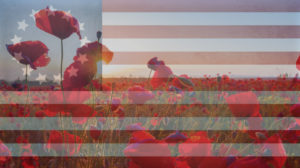 America’s form of freedom is unique in the history of the world. If anyone wants to understand the foundation of this nation’s freedoms, they will have to go back in time to the history of 1620 through 1776. It is impossible for America to survive outside of the fundamental groundwork laid by the Forefathers to establish a biblical Christian society. This foundation is proving to be more and more essential as we see our country falling apart since obedience to God was taken out of our national affairs and culture.

The greatest danger for the future of America comes not from the outside but from within through dangerous beliefs that are spreading like a deadly disease because ideas have consequences. Lethal ideas are spreading like wildfire: these ideas are affirming that there are no absolutes, and that all truth is relative; ideas like multiculturalism, political correctness, a genderless society, the dumbing-down of the American mind through every avenue of education, ideas leading to the indoctrination of the population to be submissive to the elite that want to dictate how we should live. Make no mistake; we are in a culture war, and the outcome will define if we are going to go back to the biblical concept of freedom or to the chains of slavery.

The historical clock is telling us our times are crucial.

Have you noticed that the nations dominated by the philosophy of atheism continue to crumble and have no answers for their problems? If America continues to make its way toward this foolish lifestyle of godlessness and secularism, the blame will be ours.

Those who made the ultimate sacrifice to defend the original design of this nation would be very disappointed to see our present condition and how we are rapidly losing the freedoms and truths they fought and died for. We must fight with like sacrifice to pass on to our future generations a better country.

Have a meaningful Memorial Day!