Whatever is has already been, and what will be has been before;
and God will call the past to account.
(Ecclesiastes 3:15)

Ideas never die. They are only recycled with different terminology, emphasis and may even be a combination of other ideas but when you dig deep to the root, they are more of the past. This is a fact. People mistakenly think that because we have great discoveries and inventions in technology that we are advancing toward a higher existence but in essence we are only acquiring conveniences. The same old intentions of the heart just get recycled and grow in intensity, but they are nothing new.

Such is the case of what we are hearing a lot about these days that is labeled Critical Race Theory (CRT). What is critical race theory? What is white privilege? Are they designed to help improve race relations or destroy everything we hold dear?

The truth is that both terms have Marxist roots in these concepts. By buying into these concepts, we are encouraging and bringing about our own destruction. Bottom line, that is what is happening to us. We are self-destructing like past civilizations that also destroyed themselves.

We are hearing more and more these terms of “white privilege” and “critical race theory”. They are all around us and have made their way into government policy, education curricula and even into religious policy, if you can believe that. The influence of these concepts is very important because history shows they have been used in times past for race purging and a ruling class control and the results have been disastrous. We have only to think about Hitler to understand what race purging and privilege are all about. But that was in Germany so many people don’t associate this concept with the West or least of all that it could happen here in America, supposedly the freest nation in the world. But we must wake up! Oppressive ideas have been implemented along the human chain for millennia. The desire to gain power and control over others has been part of the sinful human heart since the fall of humans into sin. 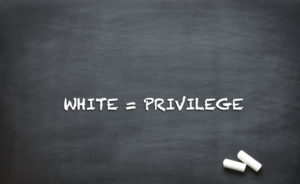 What we are looking at are not new concepts, they were introduced into our country in the early part of the 20th century and since they have gained momentum to the fever pitch, we now see all around us.

Someone is always responsible for conceiving and spreading ideas in all movements. There are some individuals that are responsible for introducing and promoting this critical race theory into our country which started out small but have now spread all over the country and the world.

The first person I want to mention is a leading figure of a very tightknit group known as the Communist Party of the United States (CPUSA), he was Harry Haywood, (1898 – 1985). His goal was to connect the political philosophy of the Communist Party with the issues of race. He even traveled to the Soviet Union to study the effect of Communism on racial issues found in America. He was expelled from his affiliating party and later he was also a founder of the Maoist New Communist movement.

Another person that spoke about “white skin privilege” in the U.S. is Theodore Allen, (1919-2005). Allen was based in Brooklyn, New York, and started out in the Communist Party in the 1930s and became a very dedicated Marxist. He was an independent scholar, writer and activist best know for pioneering writings since the 1960s on white skin privilege and the origin of white identity. His major work was The Invention of the White Race and Racial Oppression and Social Control (1994). He stressed that the notion of white race was invented as “a ruling class social control formation.”

In its early days, the Communist Party USA did not have much momentum and in the 1950s the Communist Party was splitting. Allen joined the most extreme faction that there was. This extreme faction was only about 50–100 people, but it goes to show you what a powerful impact anyone can make if they truly believe in what they are doing and are relentlessly dedicated. This should encourage us in the face of the overwhelming odds we are facing especially those of us who believe and trust God for everything. Let us remind ourselves that with God, nothing is impossible.

So, something that we learn right from the get-go is that the CRT has its roots in Communist/Marxist ideology in relation to race issues. Harry Haywood advocated that the black southern states like Florida, Mississippi, Alabama, and Georgia should split off from the union and create their own socialist black republic.

Theodore Allen’s most famous book, The Invention of the White Race is where he really promoted the idea of “white privilege”. Ironically, Allen was a white-skinned man. He maintained that racism in America was there to keep black people down and that is how capitalists could keep the power structure. He completely ignored anyone who was not white yet well-off due to capitalism, he said even they were somehow tainted white. This is where the idea comes from that to end racism, we must somehow end capitalism. This is where the so-called “Democratic Socialism” comes from, but it is still socialism/communism at its root, but they don’t want to call it that. This is why those who espouse this don’t even know how to explain what a “democratic socialist” really is and they want to give it a spine to camouflage it.

The Critical Race Theory says that if you are white, you are part of the power structure. It doesn’t matter of you are white and poor, just by the color of your skin you’re still oppressing people of color. It’s interesting how they don’t take into consideration that black athletes who may be earning 40 million dollars a year are still oppressed because they are the wrong color. This is the concept that birthed the organization Black Lives Matter, whose name is deceptive in itself. They are the front group of communism and the Maoist/Chinese movement all over the world and it’s all part of the plan to destroy America.

Bottom line, the Critical Race Theory says: Treason to whiteness is loyalty to humanity.
These concepts have to do with those who formed the Frankfurt school, German Communists, who came to America fleeing Nazi Germany in the 1930s. They set up their base at Columbia University and Berkeley University who to this day are the strong heartbeat of communism in this country. Their aim was and still is to criticize capitalism to breakdown the structures, including Christianity and the family. The aim is to breakdown Western society by emphasizing its weaknesses and discredit it to set the stage for revolution. This is also where “political correctness” comes from. We know this as the widespread PC culture that is choking us and killing the original design of America.

It is tragic to have to say that we have already had a Critical Race Theory president by the name of Barak Hussein Obama. Common sense said that with a black president it was going to squash racism once and for all in America. But the opposite happened. Notice how racism flared up during and after his presidency? That was his aim all along to take the chip on his shoulder all the way into the White House. He declared his goal in a speech in Columbia, Missouri on Oct. 30, 2008, right before his historic presidential election, he said, “We are five days away from fundamentally transforming the United States of America.” This treasonous act was his legacy to the country that gave him so many privileges including to arrive at the highest office in the land and the world as president of the greatest country in all of human history.

Whatever is has already been, and what will be has been before;
and God will call the past to account.
(Ecclesiastes 3:15)