It is impossible to truly live without God

There have always been individuals who dare to believe they don’t need God and declare themselves to be the only god they need since they only depend on their capacity to reason things. Yet, as they live out their lives, they borrow God’s concepts and values and arrogantly declare they don’t need God to be good moral people. In so doing they declare God a liar. Because God says, “The fool says in his heart, ‘There is no God.’ They are corrupt, they do abominable deeds; there is none who does good.” (Psalm 14:1)

Thomas Paine, the colonial patriot sadly became such a person especially in his latter years. Benjamin Franklin was frequently consulted by Thomas Paine for advice and suggestions regarding his political writings, and Franklin assisted Paine with some of his famous essays. This letter is Franklin’s response to a manuscript Paine sent him that advocated against the concept of a providential God. 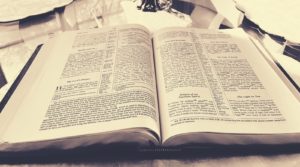 Benjamin Franklin (1706-90) was a printer, author, inventor, scientist, philanthropist, statesman, diplomat, and public official. He was the first president of the Pennsylvania Society for Promoting the Abolition of Slavery (1774); a member of the Continental Congress (1775-76). Franklin was one of only six men who signed both the Declaration and the Constitution.

I have read your manuscript with some attention. By the argument it contains against a particular Providence, though you allow a general Providence, you strike at the foundations of all religion. For without the belief of a Providence, that takes cognizance of, guards, and guides, and may favor particular persons, there is no motive to worship a Deity, to fear his displeasure, or to pray for his protection. I will not enter into any discussion of your principles, though you seem to desire it. At present I shall only give you my opinion, that, though your reasonings are subtile and may prevail with some readers, you will not succeed so as to change the general sentiments of mankind on that subject, and the consequence of printing this piece will be, a great deal of odium drawn upon yourself, mischief to you, and no benefit to others. He that spits against the wind, spits in his own face.

But, were you to succeed, do you imagine any good would be done by it? You yourself may find it easy to live a virtuous life, without the assistance afforded by religion; you having a clear perception of the advantages of virtue, and the disadvantages of vice, and possessing a strength of resolution sufficient to enable you to resist common temptations. But think how great a portion of mankind consists of weak and ignorant men and women, and of inexperienced, inconsiderate youth of both sexes, who have need of the motives of religion to restrain them from vice, to support their virtue, and retain them in the practice of it till it becomes habitual, which is the great point for its security. And perhaps you are indebted to her originally, that is, to your religious education, for the habits of virtue upon which you now justly value yourself. You might easily display your excellent talents of reasoning upon a less hazardous subject, and thereby obtain a rank with our most distinguished authors. For among us it is not necessary, as among the Hottentots, that a youth, to be raised into the company of men, should prove his manhood by beating his mother.

I would advise you, therefore, not to attempt unchaining the tiger, but to burn this piece before it is seen by any other person; whereby you will save yourself a great deal of mortification by the enemies it may raise against you, and perhaps a good deal of regret and repentance. If men are so wicked with religion, what would they be if without it. I intend this letter itself as a proof of my friendship, and therefore add no professions to it; but subscribe simply yours,

Paine’s denial of God infuriated many of the Founding Fathers for they had all experienced Divine intervention in their endeavors to form this new nation. Infatuated socialistic/communist Americans, who renounce their country’s original design, its predominant Christian faith, and the God of the Bible join in the chorus with the Thomas Paines of this world who are not ashamed to flaunt their ignorance only to end up as outcasts by God and in total ostracism. Paine was so repudiated by his peers and was buried in a farm field because no American cemetery would accept his remains.

Paine’s life is only one example of how pathetic life ends for those who turn their back on God.

Jesus, is totally right…without him we can do nothing of true values.