Jesus Christ and the USA

John Quincy Adams, our sixth president, delivered a truly amazing speech to the people of Newburyport, Massachusetts on July 4th , 1837. In it he stated that the United States is a nation of Christians founded by Divine Providence.  Even as President, he said the United States is a country that was predestined according to God’s plan, and he assertively quotes scriptures throughout his speech.

In his speech he asked his audience, “why is it that…in celebrating… the birthday of the nation… in the chain of human events, the birthday of the nation is indissolubly linked with the birthday of the Saviour? That it forms a leading event in the progress of the gospel dispensation? Is it not that the Declaration of Independence first organized the social compact on the foundation of the Redeemer’s mission upon earth? That it laid the corner stone of human “government upon the first precepts of Christianity, and gave to the world the first irrevocable pledge of the fulfilment of the prophecies, announced directly from Heaven at the birth of the Saviour and predicted by the greatest of the Hebrew prophets six hundred years before?”

Is John Quincy Adams’s statement correct or was it an exaggeration? Was he in error or, was he right? How can a nation’s birth be linked to our Lord and Savior Jesus Christ? 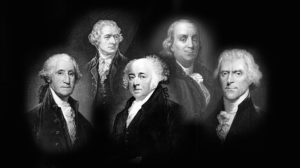 Adams was exactly right: America’s birth is directly linked to the birth of our Savior. In fact, because the United States of America is the only nation established by Christian people, upon Biblical principles, and dedicated to the purpose of religious liberty. This truth is easily observed in America’s earliest history.

America’s founders first established a written covenant with God as early as November 11, 1620, when they wrote The Mayflower Compact even before disembarking to make sure there would be unity in purpose and order among all the passengers.

It states in part:

“In the name of God, Amen. … Having undertaken, for the Glory of God, and Advancement of the Christian Faith, and Honour of our King and Country, a voyage to plant the first colony in the northern parts of Virginia; do by these presents, solemnly and mutually in the Presence of God and one of another, covenant and combine ourselves together into a civil Body Politick, for our better Ordering and Preservation, and Furtherance of the Ends aforesaid; And by Virtue hereof to enact, constitute, and frame such just and equal Laws,

Ordinances, Acts, Constitutions and Offices, from time to time, as shall be thought most meet and convenient for the General good of the Colony; unto which we promise all due submission and obedience.”

This foundation gave America the most freedoms any nation has ever enjoyed (except for old Israel when they obeyed God’s Law). The Pilgrim founders were thoroughly convinced the value of acknowledging God in their endeavor and were determined to preserve it.

The Pilgrims would be more than disappointed to see what this nation has become in relation to God. They never imagined that future generations would lose the basic freedoms of expressing their faith in Almighty God. They never dreamed prayer would be prohibited in schools, certainly in their wildest dreams never imagined the death penalty for the unborn would be the decision of a mother to terminate the life of a child in her womb, or that the cross, the Ten Commandments and nativity scenes would be removed from public places. They would definitely protest to the point of laying down their lives to resist immoral legislation. They knew God well enough to know immorality would accelerate God’s wrath. We should definitely know this too and fight to our death for that same purity of God’s principles to not be lost in America.

Let us commit ourselves anew before our God and Savior to once again retake this nation back under His Government and Sovereignty:

“For to us a child is born, to us a son is given;
and the government shall be upon his shoulder, and his name shall be called
Wonderful Counselor, Mighty God, Everlasting Father, Prince of Peace.
Of the increase of his government and of peace there will be no end,
on the throne of David and over his kingdom, to establish it and to uphold it
with justice and with righteousness from this time forth and forevermore.
The zeal of the LORD of hosts will do this.”

Why do the nations rage and the peoples plot in vain? The kings of the earth set themselves, and the rulers take counsel together, against the LORD and against his Anointed, saying, “Let us burst their bonds apart and cast away their cords from us.” He who sits in the heavens laughs; the Lord holds them in derision… You shall break them with a rod of iron and dash them in pieces like a potter’s vessel.” Now therefore, O kings, be wise; be warned, O rulers of the earth. Serve the LORD with fear, and rejoice with trembling. Kiss the Son, lest he be angry, and you perish in the way, for his wrath is quickly kindled. Blessed are all who take refuge in him.”

“Blessed is the nation whose God is the LORD, the people whom he has chosen as his heritage!” 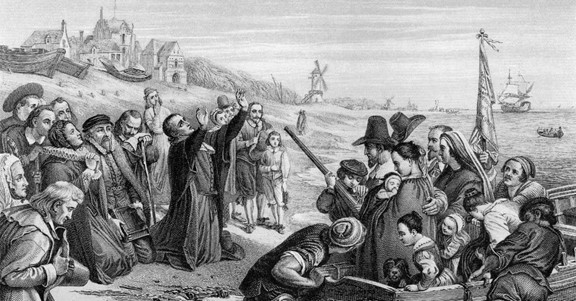