Life is Created by God, the Only Giver of Life

“For you formed my inward parts;
you knitted me together in my mother’s womb.
I praise you, for I am fearfully and wonderfully made.”
(Psalm 139:13-14)

The abortion issue has always been a very sensitive matter in America as it should be. We don’t take the killing of innocent life lightly, least of all the massacre of unborn children which is non-negotiable or even acceptable to the majority of us, not even as a result of rape and incest. That’s right! There are those who want to justify it under these circumstances, but that should not be so. A life is a life created by God and he always has a higher purpose for what he allows even through such atrocious acts. Who are we to tell God he can’t conceive a child under questionable or even dangerous circumstances? He is the Creator, the only giver of life. There are many things that we can’t understand from our limited finite perspective to dare to dictate to God who is infinite in his knowledge, that conceiving a child in questionable circumstances ought not to be.

Christians and pro-lifers in America have been praying and working to overturn the infamous Roe v. Wade ruling which nationally legalized abortion in the United States since the outset in 1973. It has been a long arduous, uphill battle with what seemed like no end in sight. Even with the latest developments, it still looks like an even harder battle ahead because of the upheaval it always causes and the explosion that was just revealed with the leak of a Supreme Court draft penned by Justice Samuel Alito.

The abortion issue brings many divisions in families, among friends, in political parties, and even incredible but true, in churches. Protecting and respecting life is not that complicated only when people want to justify wrongdoing.

With the case Dobbs v. Jackson Women’s Health Organization, supporters and opponents of abortion rights were anticipating a Supreme Court decision this summer, but the sudden release of a draft opinion set off a wave of impromptu protests. 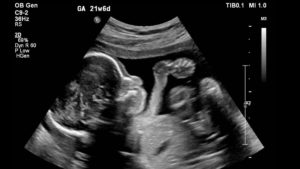 Pro-abortion activists became livid on May 3 when news of the upcoming Supreme Court ruling on abortion was leaked to the press. Democrats in the U.S. Senate, who are staunch advocates of killing the unborn quickly vowed to codify the 1973 Roe v. Wade decision as federal law. Needless to say, the president of Planned Parenthood Federation of America, the largest abortion provider, called the leaked opinion “horrifying and unprecedented.” The National Abortion Rights Action League called it “ominous and alarming.” Really? Saving the life of the unborn is “horrifying, ominous and alarming”? This just goes to show how skewed this perspective is.

One of the most radical liberal states is New York, so it is no surprise that New York’s governor, Kathy Hochul, also said she is “horrified” by the decision and pledged that her state would provide abortions to any woman who needs one, regardless of limitations that might be imposed on abortions in other states. She added: “New York will always be a place where abortion rights are protected and where abortion is safe and accessible.” Really, governor? Since when did God die and put you in charge?

Little do pro-abort people realize they are attempting to rub God’s nose in this act of abortion. Or do they? Ultimately, God won’t have it, and neither should we.

In today’s cultural war radical liberals seek to stifle all of the voices that they don’t like. Here are the voices of three women who had some pointed things to say about abortion:

• It was Mother Teresa who said: “Any country that accepts abortion is not teaching its people to love but to use violence to get what they want.”
• Author E.A. Bucchianeri, a popular fiction writer, said: “Abortion should be listed as a weapon of mass destruction against the voiceless.”
• And Alveda King, the niece of Martin Luther King Jr., said: “Abortion and racism are both symptoms of a fundamental human error. The error is thinking that when someone stands in the way of our wants, we can justify getting that person out of our lives. Abortion and racism stem from the same poisonous root: Selfishness.”

At this point, it’s not easy to know what the upcoming Supreme Court ruling will be for the innocent unborn. Hopefully during this time in our history, we can rethink and see the absurdity and merciless arguments that were used to justify the killing of 62.5 million unborn children since Roe v. Wade was passed.

It is insane to claim that abortion promotes “women’s health” when the facts show the opposite. Post abortive women suffer greatly in spirit, mind, and body even if they want to hide it and pretend otherwise. Besides, let’s get it through our heads once and for all, pregnancy is not a disease! Abortion may be convenient for some women, but no health care provider can prove it’s healthy to have an unborn child ripped or sucked out of a woman’s uterus before it is viable. Here are four reasons you can never convince me otherwise:

1. God forbids killing the innocent. The first and most important reason is because God forbids killing the innocent. The Fifth Commandment is a moral imperative, “You shall not kill”, period.
2. Abortion hurts women physically, emotionally, and spiritually. Various studies in recent years, including one by Britain’s Royal College of Psychiatrists, show that women who have abortions become much more likely to develop cervical cancer, sterility, nervous disorders, sleep disturbances, eating disorders, suicidal thoughts, and post-traumatic stress disorder. Another study revealed that women with a history of abortion face higher rates of anxiety (34% higher) and depression (37% higher), and heavier alcohol use (110% higher). It has also been shown that women who abort are twice as likely to become heavy smokers.
3. Abortion is sexist. It has always amazed me that women have campaigned the loudest for abortion rights, yet the majority of abortionists are men who profit from this horrific procedure. It’s also a fact that many women, including many pregnant teenage girls, are forced by their fathers or sex partners to have unwanted abortions — resulting in increased trauma for the mothers. Why are feminists not outraged by this? In India, many families abort female infants because they don’t want girls. This is why there are skewed sex ratios—like 1,000 men for every 618 women. Even though sex-selective abortions were banned several years ago in India, many female babies are aborted or abandoned at birth because of gender discrimination. Why is there not a feminist outcry about this injustice?
4. Abortion is racist. This is the ugly truth pro-abortion activists refuse to face. African Americans make up 12.6% of the U.S. population, but the Centers for Disease Control reports that Black women accounted for 35.4% of all abortions in 2009. Of the 62.5 million abortions in the United States since 1973, more than 18 million aborted babies were Black.

Abortion kills minority children at more than three times the rate of White children. Today, abortion is the leading cause of death for African Americans, more than all other causes combined, including AIDS, violent crimes, accidents, cancer and heart disease. Let’s not forget that Planned Parenthood founder Margaret Sanger was an avowed proponent of eugenics — the elimination of “unfit” races. She worked tirelessly to keep minorities supplied with birth control (even though she herself believed abortion should be avoided). This might explain why 62% of Planned Parenthood clinics are located in areas with high Black populations.

It would be good to ponder the words of Faye Wattleton, who actually served as president of Planned Parenthood from 1978-1992. She told Ms. magazine in 1997: “I think we have deluded ourselves into believing that people don’t know that abortion is killing. So, any pretense that abortion is not killing is a signal of our ambivalence, a signal that we cannot say yes, it kills a fetus.”

Reality cannot be clearer than this, dear friends.

Abortion is literally the life-and-death issue of our times. In all fairness, we cannot keep asking God to have mercy on us if we continue to celebrate the killing of innocent human beings.

“But Jesus said, ‘Let the little children come to me and do not hinder them,
for to such belongs the kingdom of heaven.’”
(Matthew 19:14)