The festival of Christmas that commemorates the birth of Jesus, the Son of God coming to earth in human form, is celebrated annually around the world. It is primarily observed on December 25th, not because we have any specific proof that was the day of his birth but because that is the day that was assigned for this commemoration. According to the Encyclopedia Britannica, the church in Rome began formally celebrating Christmas on December 25 in the year 336 A.D., during the reign of the emperor Constantine. As Constantine had made Christianity the effective religion of the empire, some have speculated that choosing this date had the political motive of weakening the established pagan celebrations. But whatever the reason, celebrating the coming of the Savior of the world in human form is epic for the entire human race.

In the very beginning, when Satan tempted Adam and Eve into sin, God pronounced to Satan his plan to defeat him (Genesis 3:15). The plan included sending a deliverer who would defeat him [Satan] and his work, and triumph over sin and death. This redemptive work would defeat Satan and also deliver humanity from the control of sin and death.

There are 195 countries in the world today, and one hundred and sixty of them still celebrate Christmas. What is it about this holiday that merits its commemoration throughout the world? 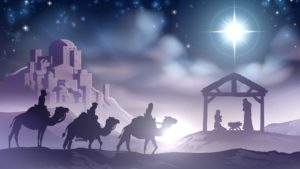 The real meaning of Christmas is that God, in the person of Jesus, came to earth to redeem the human race and all that was lost in the introduction of sin, just like he promised and announced the coming of our Deliverer in Genesis 3:15 “I will put enmity between you and the woman, and between your offspring and her offspring; he shall bruise your head, and you shall bruise his heel.”

Through the virgin birth, death, burial, resurrection and ascension of Jesus, the human race received the highest form of love known in the universe. “For God so loved the world, that he gave his only Son, that whoever believes in him should not perish but have eternal life. For God did not send his Son into the world to condemn the world, but in order that the world might be saved through him” (John 3:16-17).

There is no greater event in history than the coming of Emmanuel, God with us. Jesus came to fulfill Father God’s promise of salvation to give us the opportunity to return to him in perfect fellowship with the removal of sin offered to “whosoever will” for a glorious “spoil proof” future in eternity with him. No other human experience can top that.

Christmas is a day of remembrance that God gave us the greatest gift of love—his Son.

“But when the fullness of time had come, God sent forth his Son, born of woman, …so that we might receive adoption as sons.”
(Galatians 4:4-5)