Public Schools and the Criminal Indoctrination of Children

Woe to those who call evil good and good evil, who put darkness for light and light for darkness, who put bitter for sweet and sweet for bitter!
(Isaiah 5:20)

It goes without saying that all children are precious in God’s eyes and they should be in ours too. But the more we look around the more we have to come to the conclusion that there probably has never been a time when the danger for children is more prevalent and widespread than at present worldwide. Children are underestimated and neglected by many parents, even though they may seem like they are working hard to provide for them materially. The needs of children go beyond the material. They are first and foremost spiritual beings in a human body that have a brilliant mind that is God-given.

The dangers too many children face nowadays start from the outset in their mother’s womb not just localized but the world over. It is estimated at the time of this writing that 1.6 billion unborn children have been aborted in the world since a formal counting started in 1980 according to the website www.numberofabortions.com. In the U.S. alone, 62.8 million unborn babies have been aborted to this date.

I must point out that number only includes the unborn that are killed surgically. It does not include the babies that are aborted chemically or clandestine that don’t get reported at all. There’s really no accurate way to calculate the number of children that are murdered worldwide because not all of them get reported. So, you can be sure the number of aborted children in the world is above and beyond the numbers reported to an astronomical level. When you consider that each one, without exception, is created in God’s image and he delights and invests himself in every human being that has ever been conceived in their mother’s womb, God is very displeased with the world today. 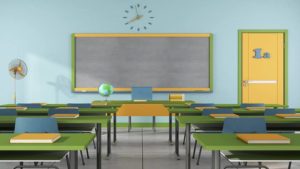 As if abortion is not enough to threaten children, we have to consider other dangers to children through kidnapping for sex and labor trafficking, the assault on their minds through movies and video games, and one of the most egregious is what is happening in plain sight in our public schools that are brainwashing our children with lies about who they are, where they came from, what their gender is and that they can decide to change it if they want to. They are being lied to about the history of our country, lies about the origin of the world and all of creation, lies about science, mathematics and morals and values. The government is indebting them before they are even born with a debt they will never be able to repay in their entire lifetime. On and on is the list of all the lies that are being criminally fed to our children and young people. If they are allowed to be born, their lives are already facing eminent dangers untold. The tragic part is that most parents and adults are being totally complicit in the destruction of the children and our civilization and they refuse to acknowledge it. They know what is happening in the public school system and they continue to send their children into that “lion’s den” to be devoured and destroyed.

In God’s eyes, what is happening to entire generations of children is grievous and will not go unpunished. Matthew 18:6 say, “But if anyone causes one of these little ones… to stumble, it would be better for him to have a large millstone hung around his neck and to be drowned in the depths of the sea.” God never tosses words around needlessly and he will uphold what he says he will do.