Remember and Appreciate Those Who Have Served

Do you know why Veterans Day is important?

Veterans Day is a time for us to pay our respects to those who have served our country in the military. For one day, we stand united in respect for you, our veterans and also your family. It is an important day for showing appreciation to members of our military, past and present. Unlike Memorial Day, which only commemorates those who died in service to our country, Veterans Day pays tribute to all American veterans—living or dead—but especially gives thanks to living veterans who served their country honorably during war or peacetime. Veterans Day gives Americans the opportunity to celebrate the bravery and sacrifice of all U.S. veterans.

This holiday started as a day to reflect upon the heroism of those who died in our country’s service and was originally called Armistice Day. It fell on Nov. 11 because that is the anniversary of the signing of the Armistice that ended World War I, on November 11, 1919. However, in 1954, President Dwight D. Eisenhower changed the holiday to “Veterans Day” in order to account for all veterans in all wars. Veterans Day occurs on November 11 every year in the United States.

We celebrate and honor America’s veterans for their patriotism, love of country and willingness to serve and sacrifice for the common good. It’s imperative that all Americans know at least some of the history of Veterans Day so that we can honor our former service members properly. 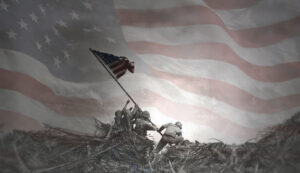 No country should ever overlook this tribute to those who have served them faithfully and should have a very good idea why we even celebrate on such an occasion. For instance, other nations that also celebrate their veterans are:

It is important to at least have a birds eye view of what our military is and what goes on there at least on their important day of tribute.

History.com offers the following information on those who serve in our military:

America honors those who have serviced the nation in our military. I personally know of many courageous acts in the battlefields by those in uniform for their fellow soldiers. It is the nature of many to be willing to serve in the belief that what they’re being commanded to do is the right thing. So, in their memory, we must never forget their bravery and willingness to put their lives in harm’s way.

In spite of all these sacrifices, there is something that disturbs me constantly whenever I hear it said that they fight to preserve our liberties. Especially when I see what has happened to America, I have to ask myself if that is the correct meaning of what preserving this brand of “liberty” truly means. During the Vietnam War, thousands of young people were burning their draft cards refusing to be enlisted to fight in that faraway land. Is that the meaning of freedom?

The Bible is the only blueprint for the restoration of mankind; there is no other manual that can compare or even begin to compete with its wisdom and accuracy. In the pages of the Bible, we gain understanding of what true liberty is all about and how to resolve all our problems.

The greater the understanding of the Bible, the more the true foundation in this nation called America will be understood. As hard as it may seem for some to accept, the Bible gives clear directions for the reasons for war. Wars are awful, and the devastation is clearly seen, including wars for independence, revolutions, and counterrevolutions. The landscape of human history is filled with all kinds of wars, and they will continue due to the sinful nature of mankind. However, when men acquire the knowledge of the Lord, then wars will cease, and the weapons will be transformed into tools of productivity.

America was born after her War of Independence from the motherland, Great Britain. The colonists fought against tyranny; they resisted the ever-expanding dominion over them. They wanted to remain a free people under God’s moral law. They understood there could be no freedoms apart from being under God’s government in order to effectively develop the duties, responsibilities, and rewards of self-government.

Dying for true liberty under God is what made this nation exceptional. Jesus said, “Greater love has no one than this, than to lay down one’s life for his friends. You are my friends if you do whatever I command you” (John 15:13-14). Ignorant, foolish, and confused people despise the idea of American Exceptionalism due to their lack of knowledge or acceptance that America was built upon the Bible and its principles for right living.
Next time you hear about or remember the price that was paid by courageous people in order to keep America free, make an honest assessment and question if what America is becoming is a free nation from the Founding Fathers’s perspective. Most importantly, ask if it is becoming more in tune with the biblical worldview.

“Our Founding Fathers, here in this country, brought about the only true revolution that has ever taken place in man’s history. Every other revolution simply exchanged one set of rulers for another set of rulers. But only here did that little band of men so advanced beyond their time that the world has never seen their like since, evolve the idea that you and I have within ourselves the God-given right and the ability to determine our own destiny. But freedom is never more than one generation away from extinction. We didn’t pass it on to our children in the bloodstream. The only way they can inherit the freedom we have known is if we fight for it, protect it, defend it and then hand it to them with the well-taught lessons of how they in their lifetime must do the same. And if you and I don’t do this, then you and I may well spend our sunset years telling our children and our children’s children what it once was like in America when men were free.”

“I believe with all my heart that standing up for America means standing up for the God who has so blessed our land. We need God’s help to guide our nation through stormy seas. But we can’t expect Him to protect America in a crisis if we just leave Him over on the shelf in our day-to-day living.”

Reagan was a visionary of liberty for all mankind:

“Someday, the realm of liberty and justice will encompass the planet. Freedom is not just the birthright of the few, it is the God-given right of all His children, in every country. It won’t come by conquest. It will come, because freedom is right, and freedom works. It will come, because cooperation and good among free people will carry the day.”

1 John 3:16 says: “By this we know what love is: Jesus laid down His life for us, and we ought to lay down our lives for our brothers.”

Are you ready to pay the price by embracing the words of Jesus that say there is no greater love than to lay down our lives in the service of others? It’s your call.