“God is our refuge and strength, a very present help in trouble.”
(Psalm 46:1)

The title of an article jumped out at me that reported a startling rise in child suicide. Doctors indicate, there is an astonishing rise in suicide among children during this ongoing pandemic. Doctors are warning that there is an “international epidemic” of child suicide. My question is, where are the parents and are they part of the problem by the despair they are transmitting to their children?

Doctors seem to think these never-ending pandemic restrictions and a year lost from what people considered their normal lives and the future not looking too clear, people around the world are wondering what comes next. This desperation is especially being felt among the children.

Dr. David Greenhorn, who works in the emergency department at England’s Bradford Royal Infirmary reported to The Associated Press, that the number of mental health crises he has seen, including suicide attempts, went from a couple per week before the pandemic to several per day. For a person of any age to not want to live is because they have lost all hope that their situation will ever change or find a solution. They feel trapped with no way out. 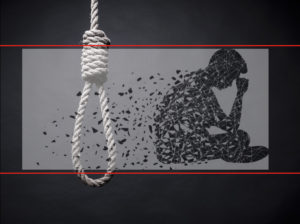 Dr. Greenhorn says, “This is an international epidemic, and we are not recognizing it. In an 8-year-old’s life, a year is a really, really long time. They are fed up. They can’t see an end to it.”

In France, Dr. Richard Delorme, head of the psychiatric department of France’s largest children’s hospitals, gave a similar explanation to the AP.

Dr. Delorme said, “Children may lack the language or understanding to express it, but the pandemic is directly related to the distressing experiences of these children.” What the children are perceiving is a chaotic world. Having to see everyone around them wearing masks including themselves, no longer able to do their routine activities especially the ones they like is very taxing on them. They feel trapped in their homes. They need fresh air and the outdoor activities.

Dr. Delorme said, “We are very surprised by the intensity of the desire to die among children who may be 12 or 13 years old.” He pointed out that his hospital went from seeing roughly 20 suicide attempts per month involving patients 15 or younger to twice that amount. “We sometimes have children of 9 who already want to die. It is a genuine wish to end their lives.”

The U.S. Centers for Disease Control reported that it is not just children but that a staggering 25 percent of young adults considered suicide during the lockdowns.

We must work hard and diligently to birth and grow hope into ourselves and our children. Government is not the solution to our deepest needs. There is only one source of true hope that is only found in God. God is not dead!

“And there is salvation in no one else, for there is no other name under heaven given among men by which we must be saved.”
(Acts 4:12)