The Importance of Conservative Principled Judges

Why should we care about the worldview judges espouse? Every human being is building a worldview through which they interpret everything about life. When it comes to the laws that govern us and upholding them to the letter, there are no more important elements in the justice system than the judges. If they are honest, strict constitutionalist and law-abiding we are a blest people. If they are dishonest, and only politically minded steering the system in the direction of their preference, and legislate from their bench, we are never safe in their hands.

Every president has the difficult task to appoint the right judges in hopes that they will be individuals that will uphold the law and represent the people justly in court at any level. This is especially true at the Supreme Court level.

The Supreme Court is made up of liberal and conservative judges. This division reflects the actual condition of the rest of our social institutions. Even though true liberals are in the minority, they have been controlling the rest of American society. How have they accomplished this? By occupying the highest spheres of influence in key offices and institutions. Why did conservatives allow this? Because for more than 70 years conservatives abandoned the preservation of these institutions by apathy, complacency and a wrong perspective of life and the world. 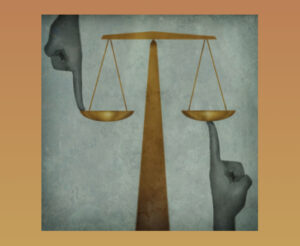 No human being lives in a vacuum of ideas as well as a world of neutrality. Every person operates according to his or her beliefs and fundamental values whatever these might be. Liberals’ beliefs and value systems are founded in humanism and in their socialist perspective of the world. This perspective is in clear contrast to the beliefs and values of a conservative world.

When a person arrives at being a judge in the Supreme Court his or her beliefs and values accompany them. It doesn’t matter what they might say in front of the Senate once he or she has been confirmed in that lifetime appointment as a justice, he or she will act according to their philosophy.

A judge is not a legislator; therefore, his primary function is to interpret the law not according to his or her beliefs or values but according to the original intent of the law. For decades the Supreme Court has become a bench for legislation and that has caused a bad structural change to the entire nation.

For instance, let’s take a look at the decision that liberal judges in the Supreme Court made to allow private property to be taken from private citizens if the city considers it necessary to give it to someone who can produce greater revenues in taxes for the city. This decision is not only absurd but violates the Constitution that renders protection of the right to own private property. What these liberal judges did was to re-define social life. The only time that private property can be taken legitimately for a just price is when it is required for public use and common good. These liberal judges have twisted the meaning of what is “public use” and have done so leaving the individual unprotected. What did conservative judges do? They voted against this arbitrary decision.

The liberal perspective has a humanistic evolutionist foundation and considers that humanity lives in a constant social experiment due to the absence of absolutes as a result everything is relative. The conservative perspective accepts reality and purpose of the original intent of the Constitution as conceived by the Founding Fathers of this nation. This being the result of superior wisdom to that of the human minds, which for millennia has proven to be effective, even with the change of times. There is no such thing as neutrality. Whether people realize it or not they belong to the camp of the liberals or to the camp of the conservatives. Beliefs and values do not operate out of a vacuum.

Christians in this nation have the greatest responsibility to maintain social stability in our country. Christians should be the first to oppose any form of “justice” contrary to the morals and ethics of God. Let us not be confused, every judge has a perfect example to follow. Contrary to opinions of many believers and nonbelievers, the government of Christ came to restore law, authority, and order. This was a promise that God had been reiterating throughout centuries such as the prophet Isaiah declared before Jesus Christ was born: “And I will restore your judges as in days of old, and your counselors as at the beginning. Afterward you shall be called the city of righteousness, the faithful city” (Isaiah 1:26). It is impossible for a judge to make just decisions if he or she bypasses the character that should govern above all. A judge should imitate the character of the maximum example, Jesus Christ. “For to us a child is born, to us a son is given; and the government shall be upon his shoulder; and his name shall be called Wonderful Counselor, Mighty God, Everlasting Father, Prince of Peace. Of the increase of his government and of peace there will be no end, on the throne of David and over his kingdom, to establish it and to uphold it with justice and with righteousness from this time forth and forevermore. The zeal of the LORD of hosts will do this” (Isaiah 9:6-7). There is no doubt, Jesus is judge: “But with righteousness he shall judge the poor, and decide with equity for the meek of the earth; and he shall strike the earth with the rod of his mouth, and with the breath of his lips he shall kill the wicked” (Isaiah 11:4).

A conservative person does not necessarily have to be Christian to preserve and demand that judges interpret the law correctly. It is impossible for a person who calls him or herself Christian to accept the beliefs and values of liberals because they are contrary to the absolutes of God.

When the Supreme Court was originally established it was not so that the Constitution should be misinterpreted much less to please or benefit a certain set of beliefs and values. The law was established to honor and respect traditional law and to protect life and not to legislate from the bench inventing laws that destroy pre-established order.

For this reason, it is important to have conservative judges if this nation is going to survive and leave a healthy cultural legacy to future generations.