The Sovereignty of God Sets up Rulers

“He changes times and seasons; he removes kings and sets up kings;
he gives wisdom to the wise and knowledge to those who have understanding”
(Daniel 2:21)

“The earth is the Lord’s and the fullness thereof,
the world and those who dwell therein”
(Psalm 24:1)

It is impossible for God to lie. So, if we are to truly understand what happens in this world, we must understand God and what he is saying to us. Psalm 24:1 tells us that the earth and everything and everyone in it is the Lord’s. Can the Almighty not do what he knows is best for his world and all that live in it? Who can counsel God and tell him he is doing the wrong thing? It may be difficult for the human mind to understand that even in a nation that selects its rulers by elections, that God ultimately has the last word. So why vote, you might say. Does God play mind games with us? By so doing, does he abuse his power over us?

To the human understanding, all of the above are fair questions and God doesn’t mind us asking them. However, we might not like the answers. To understand how God works we must understand who he is and how he operates and makes decisions. 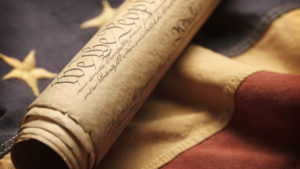 Like Daniel 2:21 says, that it is God who sets up kings and removes them. God in his sovereignty set up President Trump for a four-year term and then he was removed and now in God’s sovereignty Joe Biden is president. If we believe the election was stolen or not is not the issue. The crux of the matter is that God allowed it for reasons that are clear to him and we must ask him to help us understand his message to us. NO ONE CAN DEFRAUD GOD! That being said, what is God saying to us at this time with a Biden administration? With Trump, it looked like the country was coming out of the heavy oppression both domestic and foreign. Then a worldwide plague came upon us and destroyed the progress and killed a lot of people in its path and put us on lockdown. Now, we have a new president and due to Biden’s policies, it looks like we are going backwards and even deeper into oppression and darkness both foreign and domestic. What is God’s message to us? His message is clear! When a nation loses its wealth, prosperity and peace, something is very wrong, and God’s judgment is upon it. In all this we must recognize God’s involvement. It was the case in the general election of 2016, and it is the case today. Believe it or not, judgment is God’s grace in action so we can mend our ways. Otherwise, he could just let us go until we destroy ourselves anyway because that is the way of the fallen human nature.

A rigged election? Maybe it was, but God allowed it! Without fraud, Joe Biden would have never been elected, and that has to be the sovereignty of God. Looking back, it looked like Trump would cruise to victory regardless of what Democrat candidate he would face because Trump was doing such a great job digging the nation out of the corruption it was in, and still is. Trump survived the attempt to remove him from office after being impeached, but it only served to strengthen his base in the process. The economy was humming, and we were not caught up in any international crises. Things were looking good. Obviously, God has other plans for our nation and his message to us is not very good. Have we been weighed in the balance and found wanting? (Daniel 5:27)

First and foremost, we need to understand that God is just, and he will never do anything to taint his character, which would be equivalent to betraying himself. That will never happen. “The Lord is righteous in all his ways and kind in all his works” (Psalm 145:17).

Second, we also need to accept that God is sovereign and that within his sovereignty he has all the room he needs to do what is right even if it may not look that way to us. At times life may feel out of control, but it is comforting to remember that we’re never out of the sight of our Creator—and he never loses control. “For by him all things were created, in heaven and on earth, visible and invisible, whether thrones or dominions or rulers or authorities—all things were created through him and for him. And he is before all things, and in him all things hold together” (Colossians 1:16-17).

Third, he possesses an infinite mind and knows everything past, present and future. There is no way our human limited mind could ever know more than God does so we must trust him always, he knows best, and he is Lord of all of his creation. Let us be thankful that he allows us to play a small part in his magnificent plan and we each answer to him for our deeds, not for the deeds of others. Rest assured; nothing escapes the justice of God. “Never avenge yourselves, but leave it to the wrath of God, for it is written, ‘Vengeance is mine, I will repay, says the Lord’” (Romans 12:19).