Trifling with our Inheritance

“The United States is the world’s best hope… Beware how you trifle with your marvelous inheritance… for if we stumble and fall, freedom and civilization everywhere will go down in ruin.”
(Henry Cabot Lodge – first Senate Majority Leader, warned in 1919)

Here for THE FIRST TIME in all the THOUSANDS OF YEARS of man’s relation to man…the founding fathers established the idea that you and I had within ourselves the GOD-GIVEN RIGHT AND ABILITY to DETERMINE OUR OWN DESTINY.” (Ronald Reagan)

“Wisdom rests in the heart of a man of understanding, but it makes itself known even in the midst of fools. Righteousness exalts a nation, but sin is a reproach to any people.” Proverbs 14:33-34

The following statement may seem biased or even elitist, but it is the truth. Contrary to popular opinion, historically, the only people capable of cleaning the cultural mess are those who have the wisdom that comes from the God of the Bible. Very specific understanding is required on how to do an in-depth cleaning and only God has the full picture which he has revealed in his Word—the Bible. 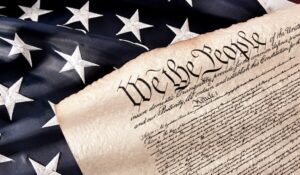 The only reason the people of God are the ones that can rule in righteousness is because their heart has had and is constantly having a transformation to life in righteousness. They revere God and have his wisdom to apply it to everything they do. On the other hand, they know they will be held accountable before God if they fail to do this. Without this in-depth transformation it is literally impossible because on its own the human heart is evil. Jeremiah 17:9 says, “The heart is deceitful above all things, and desperately sick; who can understand it?”

In this country, we were given a godly heritage like no other nation since old Israel. God made us a beacon of light to the nations, and we saw what God can do with a people who choose his righteousness to live by. Sadly, we changed our inheritance and in time our country, the United States of America has become evil and corrupt. The wickedness in the heart of humans has been allowed to be very prevalent and even take pre-eminence.

We have squandered our inheritance and even rejected our “birthright” very much like Esau of the Bible did. He placed more value on satisfying his hunger than on the blessings and covenants of his birthright.

Too many Americans have preferred to satisfy their hunger for fame, wealth, prestige, and power than to protect the birthright of our country. Every day we hear more and more discoveries and manifestation of those who have chosen to betray God and our national inheritance for their personal gain.

The list is long of those who should know better than to cross the line toward evil, but they do it any way. No segment of our society is exempt, even much of what passes for Christianity is corrupt. But we do not have to follow them. We are to expose them. Ephesians 5:11, “Take no part in the unfruitful works of darkness, but instead expose them.”

People whom we have entrusted with the reins of our nation are trifling with our inheritance and this has got to stop. It begins with each and every one of us on a personal basis defending the values that made our nation great. We cannot expect others, no matter who they are, to do something that we are unwilling to do. Let’s stop being hypocritical. Let’s stop mocking God if we want him to help us heal our country. We are the country.

It is at election time when we find out if the United States becomes wiser or more foolish to continue squandering its inheritance much like the prodigal son (Luke 15:11-32).

“When the righteous increase, the people rejoice, but when the wicked rule, the people groan.” Proverbs 29:2 (ESV)

You don’t have to be a genius to know what is going to happen to this nation if the foolish continue to take more control:

“Like a roaring lion or a charging bear is a wicked ruler over a poor people. A ruler who lacks understanding is a cruel oppressor, but he who hates unjust gain will prolong his days.” (Proverbs 28:15-16)

If the wise make the decision to take responsibility for our national restoration, even though it will take years of hard work, the rays of hope will be upon these United States of America and the world once again.

“And your ancient ruins shall be rebuilt; you shall raise up the foundations of many generations; you shall be called the repairer of the breach, the restorer of streets to dwell in.” (Isaiah 58:12)

America, America God shed His grace on thee… Let us be sure we respond in kind and stop trifling our blessed inheritance.