We Have Erased the Definition of Sin

“Woe to those who call evil good and good evil, who put darkness for light and light for darkness, who put bitter for sweet and sweet for bitter!”
(Isaiah 5:20)

I can think of no better or appropriate biblical scripture to describe the present condition of sin in our world and in our country today.

The dictionary describes the word sin as “transgression of Divine law: any act regarding as such a transgression, especially a willful or deliberate violation of some Divine moral principle.”

So, sin is not a violation derived from men’s standards but from God’s standards. When we sin we offend the Almighty.

Some synonyms of sin, regardless of who is affected are “trespass, wickedness, wrong deed, violation, and transgression”. That gives us a very clear assessment of what sin is. 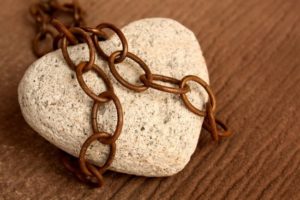 A sinner is a lawbreaker of God’s law and most likely of man’s law as well. When sin is deliberately practiced it sears the conscience and deadens our guide for right living. God gave us a built-in moral compass that, when heeded, will lead us down a godly path in life. But it is possible to condition (harden) the conscience and ignore its promptings. A mind without a Godly moral conscience creates a “hardened heart” towards sin and shame for it. Proverbs 28:14 says, “whoever hardens his heart will fall into calamity.”

A hardened heart is a heart that has “forgotten how to blush.” It is possible to harden and deaden ourselves so much that we don’t even flinch at wrong deeds. The prophet Jeremiah describes the behavior and consequence of such a person. Jeremiah 8:12 “Were they ashamed when they committed abomination? No, they were not at all ashamed; they did not know how to blush. Therefore they shall fall among the fallen; when I punish them, they shall be overthrown, says the Lord.”

The manifestations of sin and blatant lawlessness are all around us and people have begun to expect this behavior since it has become so commonplace. There is obvious and vicious disrespect for authority and property that we are now having to brace ourselves against it in any way we can never knowing when we will fall victims to it. Especially as perpetrators no longer receive real punishment for their lawless acts. This only encourages more thuggery. It seems like the violators are getting more protection than their victims.

With the government’s “permission” the womb has become a grave, a place of death rather than life. Our society has become so hardened by this sin that they take to the streets in fierce protests if it even looks like this so-called “right” will be taken or restricted from them. They have killed their conscience purposefully to justify their immoral living.

Too many men and women no longer want to be recognized by their biological gender and demand to be treated and addressed accordingly, otherwise those who refuse to lie to them by calling them anything else other than their biological gender, they are the ones who are sanctioned. These violators of God’s order of creation have the audacity to flaunt their perverted lifestyles in our face and don’t even flinch at it and they demand that we also accept this distortion just because they say so. They have forgotten how to blush because they have trashed the definition of sin in their minds.

Following God’s Commandment and guidelines on sex are looked upon as archaic and religious garbage. They hate God and all those who represent him because they don’t want to call sin by its name. Out-of-control sexual behavior is so casually accepted and even expected that to mention God’s guidelines on this makes people explode with anger against God and those who speak about his guidelines for sex. They scream bloody murder saying ‘don’t judge me, who are you to judge me?’

We have become a foul-mouthed society where people of all walks of life don’t hold back on their cursing in public, on television, in government or even in church. They don’t care that children are listening and they go ahead and set a poor example for our children and young people.

We have a culture of lies and death that needs to change. There’s no regret or embarrassment for sin anymore. As a result, we are very close to destroying ourselves because we have erased the definition of sin. We can explain and reason this to ourselves all we want but that will never change God’s truth.

We must get back once again to calling good and evil, light and darkness, bitter and sweet for what they are. God will not be mocked!

“Do not be deceived: God is not mocked, for whatever one sows,
that will he also reap.”
(Galatians 6:7)