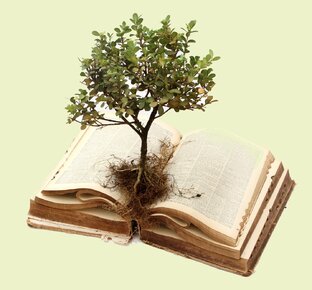 The United States of America faces a severe crisis of true faith and liberty. This condition makes the mission of The Future of America and Cultural Legacy more important. We don’t say this out of vanity or pedantry. Our listening audience has declared it, those who read our editorials indicate it, and those who have witnessed our multifaceted work affirm it.

Our job is monumental. In addition to reaching out to the English-speaking community, we have a very special commitment of educating Hispanics on the real condition our nation is in, and the importance of participating to turn it around and set its course again in the right direction.

We are active in the fight against judges, or imperialist judges as we call them, who use their position to arbitrarily practice the redefinition of our Constitution. These imperialist judges are eliminating good laws and are imposing a radical agenda, which has caused so much damage to the culture and to the well being of the nation. This agenda clearly opposes the God of the Bible who gave this nation an enormous amount of prosperity and power like no other nation in the history of mankind. These judges, along with all their allies, are determined to oppress and silence Christians in America.

We firmly continue to denounce and defend the most vulnerable segment of society. Of course, we are referring to the innocent children being assassinated in their mother’s womb in the most horrific way sanctioned by inhumane laws, imposed upon us by the U.S. Supreme Court. The most astonishing thing is the approval of a society who has lost all sense of morality and the value of life.

We will continue to proclaim the fundamental value of society’s most important nucleus, the traditional family. We don’t only oppose the redefinition of family, but we point out what has occurred to past civilizations that dared to change the established order by the Creator. Those civilizations are now mere ruins for tourists to visit!

We will continue the fight for the biblical expression of faith that it may have the place of honor it once had and highlight the important role it played in the building of a nation that should be a model for others to follow.

We will keep fighting for a biblical reformation to take place in Christianity. If Christian America will take its rightful place the world will feel the impact. On the other hand, if a reformation does not occur, then the life of this nation is over. If the latter happens, millions of Latinos, Africans, Asians and other ethnic groups will return to their places of origin due to the unbearable living conditions in this country.

Being a witness to the enormous passion God’s enemies have is impressive. It is a passion and persistence that we must demonstrate as well. If we are not firm in this decision, we will be witnesses to the moral demise of America.

We invite you to join us in doing your part. We need your support so that our voice continues to be heard everywhere including the White House, Congress, in every state, the U.S. Supreme Court and the different denominations within Christianity as well as the educational system and the rest of the institutions. To not act is to act in great cowardice. This behavior can only greatly damage future generations. The warning message must get louder. We need your support. First, and foremost, we need your prayers; and secondly, we need your economic support.

Your best financial contribution will allow us to continue the proclamation of God’s truth not just in this nation, but in various parts of the world. We are impacting societies. We are calling Christians to commit to a greater faithfulness to biblical principles established by God, and we are pointing the way to salvation through repentance to those who are lost.

You can be a part of our new efforts to widen our radio audience so this nation may feel God’s transforming impact through His Word. Let’s make a difference this year!

Please pray for us so that our Heavenly Father will give us favor before men. Thank you, and may God bless you abundantly.

The United States of America became the greatest nation in the entire history of mankind in a considerably short time. What was the secret? Actually, it isn’t a secret at all. This country became great because of the biblical foundation of its laws and culture built right into the foundation that was laid in its origin. These principles have been eroding at a very fast pace for over 200 years but it has especially accelerated in the last 100 years.

The ministry of Cultural Legacy is committed 100% to helping restore those values back into mainstream America but also infusing them into other countries. Why other countries? For the simple reason that, until other nations also learn and apply these same principles to their way of life, there will be no true lasting change in the world and they will only seek to migrate to the U.S. anyway possible, legally or illegally. Not only is Cultural Legacy working feverishly to aid in restoring these godly building blocks back into American society using biblical principles through education, publishing, radio broadcasts, conferences, lobbying with Congressmen and key people in public service and those in Christian work but we have also expanded our outreach to our neighbors to the south (Mexico).

Home Missions in the U.S.

To inform, motivate and equipped Christians and the American public to be pro-active in defending and implementing the biblical worldview on which our country was founded. 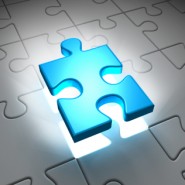 To restore the biblical foundations in all areas of society.
“If the foundations fall, what can the righteous do?”

Has this website been helpful? If so, please consider Cultural Legacy as part of your regular giving. Your contributions are tax deductible and help us continue this vital mission. Thank you!