Facing a Culture of Sexual Anarchy

If you are an adult of 30 years and over, did you ever conceive back in the day that you would live to hear people claim to experience sexual fluidity in at least 46 or more different sexual identities? Unbelievable, right? Well, it still is. It is incredible how the culture of sexual anarchy has become such a dominant and increasingly aggressive force in our society. 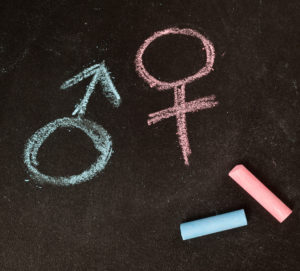 People who want to believe and practice sexual anarchy emphasize that society should be “open-minded” and not be judgmental. In reality, they are promoting and participating in degeneracy and want to drag all of us with them. Never mind that there are only two genders that can be substantiated in science—male and female. Biological science will never be changed because that is the way our Creator established it for all time. The human race has known this for millennia and it will continue to be this way. So, whatever is happening in the minds of those who want to explore degeneracy to this degree can only be explained as confusion and heavy spiritual distortion manifesting in sexual perversity and fantasies in their inner world. This boils down to rebellion against God and total rejection of him, but they will never win.

This degree of perversion has been a long time coming with a very definite shift and exploration since the 18th, 19th and 20th centuries depicted in the representations of art, literature and films. This was the beginning of pornography presented openly to the public on a wide scale. Human beings are sexual in nature, we were made that way by our Creator. The mind is the strongest sexual provocateur and is even more easily aroused if the eyes are presented provocative images. The sight of human nakedness leads to easy sexual arousal. The diversity of pornographic material in history solely for sexual arousal has been there and suggests how human beings have always been heavily interested in sex of all kinds.

After the first human beings, Adam and Eve, fell into sin, God covered their nakedness even though there were no other human beings yet. God clearly wanted to establish the care that must be taken with nudity and sex. Genesis 3:21, “And the LORD God made for Adam and for his wife garments of skins and clothed them.”

The internet has not been at all helpful in slowing down this out-of-control hunger for sex in humans and the fact that it is so readily available in the millions upon millions of pages, this puts loads of money in the pocket of the producers, so needless to say, there is no end in sight of this human pollution that spans into bestiality, incest and pedophilia. Sin never stays small; its nature is to grow into more and more grotesque forms thoroughly engrossing and controlling the human spirit. A study in 2008 revealed that out of 813 American university students 87 percent of the men and 31 percent of women reported using pornography. Even Christian churches have now initiated entire ministries to help its parishioners get delivered from porn addiction. Pornography is toxic to everyone. It is a huge factor in the destruction of marriage and family. Even children as young as 6 years of age get caught in this web of destruction. Ted Bundy, the most notorious serial killer of at least 30 victims in a span of just four years (1974-1978) kidnapped, raped, and murdered young women and girls during the 1970s confessed to getting started down that path because of pornography, detective magazines, and crime novels that particularly involved sexual violence. Need I say more?

There is a healthy purpose to everything God created. He created sex for its use in marriage for procreation and couple intimacy. God has always known the dangers of out-of-control sex which is why he established boundaries for its use. This is clearly established in the Ten Commandments and the regulation of sex in the Bible. Once those boundaries are crossed there is no limit to how far the damage will extend. We have become a very sexualized society even daily television commercials are very sexualized. This is why we are facing cultural sexual anarchy and don’t look for it to stop any time soon if people don’t turn to God for healing of all sin and deliverance.

Needless to say, we should push back against sexual anarchy wherever it presents itself and offer true, loving help to all who want to set themselves free on the right path of life with God’s help just like he offers it for all sin.