Narcissism May be Causing America’s Breakdown

“For by the grace… I say to everyone among you not to think of himself
more highly than he ought to think, but to think with sober judgment”
(Romans 12:3)

Excessive self-love is known as Narcissism – which is an inordinate fascination with oneself. This happens when people think of themselves above the rest and perhaps in some ways, they are but they have grown conceited about it in such a way that it blinds them to their faults or to the real value of others.

It is undeniable that America became the greatest most powerful nation in all of human history, no brag, just fact. But could that have gone to our head? Those of us who were born and raised and live in the United States have lived with this knowledge and experience and we always hear that the U.S. came to be the most powerful nation like no other—which is true. If we have had the privilege to travel to other countries, we see and hear of the admiration other nations have of us. Even those that say they don’t like us they still imitate us in many ways and want to be like us even though they won’t admit it.

This is the world image we used to have but it has been drastically changing because we have changed. We have believed our grandeur and have taken the credit, rather than to give it back to God. 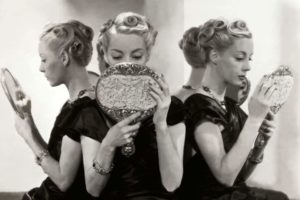 You have heard it said: a nation has the government it deserves. It greatly pains me to have to say this about my country of birth, the United States of America, which I love—that it faces a severe spiritual crisis of true faith and liberty. We must be honest and admit our reality. We are not the America that we used to be. The America that had a godly design and foundation, has lost her way. I truly believe that the average U.S. citizen does not realize the desperate situation we have fallen into since it has been long in coming over the last couple of centuries. They want to believe that we are Americans, we can do anything, we are resilient. But the truth be told. America is in a deplorable spiritual and moral condition where no amount of human effort is enough to dig us out of this pit of sin unless enough of us turn to God.

But we have not arrived here overnight. We are like the frog in the kettle that got cooked over time with slow heat until it was too late. I pray to God every day that it is not too late for America from God’s perspective. We must not be presumptuous any longer. We will not be the exception. The soul or the nation that sins shall surely die (Ezekiel 18:4).

The fallen condition we are in has been slow but consistent in coming and the momentum has only continued to increase to this present neck-break pace that we find ourselves in traveling down this slippery slope of immorality which will end in self-destruction. We have caused our own demise.

Yet, I believe that in spite of this long detour that we have been on as a nation to arrive at this chaotic and disconcerting situation, God is giving America an opportunity of a lifetime for a nation to turn itself around. God is still on his throne and as long as there is life and faith, there is hope.
We need a change of heart so we can transform our lives and this nation. Let’s set ourselves free from narcissism’s destructive lies.

John, who was a close disciple of Jesus said:

“My little children, I am writing these things to you so that you may not sin. But if anyone does sin, we have an advocate with the Father, Jesus Christ the righteous. He is the propitiation for our sins, and not for ours only but also for the sins of the whole world. And by this we know that we have come to know him, if we keep his commandments. Whoever says ‘I know him’ but does not keep his commandments is a liar, and the truth is not in him, but whoever keeps his word, in him truly the love of God is perfected. By this we may know that we are in him: whoever says he abides in him ought to walk in the same way in which he walked”. (1John 2:1-6)

Our challenge is to turn back to God and his ways. Nothing else will be acceptable by Father God, our Creator. Refusing to heed this warning only leads to a speedy destruction. Let us be wise and adhere to the words of king Salomon,

“Before destruction a man’s heart is haughty, but humility comes before honor”
(Proverbs 18:12)