Light Must be Applied to Cultural Darkness

“Righteousness exalts a nation,
but sin is a reproach to any people.”
(Proverbs 14:34)

What is America’s greatest problem? Some will find it hard to single out the main difficulty facing our nation. The long list of problems that plague our nation is undeniable. For most people in the world there is the logical answer of opposites. The opposite of bitter is sweet; it’s either cold or hot, evil, or good, true or false, war or peace, sickness or good health, darkness or light and so forth. It sounds simple and logical, yet the nations find themselves following the same ancestral steps into chaos. Why is that, and why is it so difficult to bring order?

Let us consider morality. When it comes to defining what is the best form of morality for society, we get into the predicament of wondering whose morality is the right one and how or who determines morality. For example, where do traffickers of aborted baby parts get their morality from? They readily accept blood money in the sale of human baby body parts, and say they just want to buy a new luxury car or a mansion with it. This practice shocks even some pro-abortionists. Why? Because it really is repugnant, but what can we expect of a society that has morally derailed and embraced a culture of barbarism? Someone’s version of morality has determined that babies in the mother’s womb have no value and can be killed by the most gruesome methods with the mother’s or both parents’ approval. In America alone close to sixty-three million babies have been slaughtered. Most people’s moralities are outraged by the killing of a lion and have threatened the hunter who shot it with death, even though he allegedly paid for and acquired all the required permits in the African nation where he was legally hunting. The majority of Americans have a profound crisis in understanding what is the right morality. This was not always so. The majority of our citizens seemed to be on the same page in regard to morality. 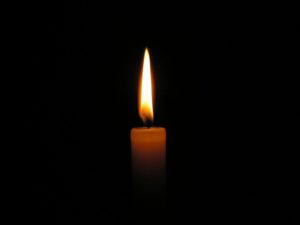 America’s morality is rapidly plunging into a greater abyss of cultural darkness. A little over a hundred years ago, at the beginning of the 20th century the nation was confronting moral decay, but I assure you they would be shocked at what our society is approving these days.

Others would be shocked to know that their unwillingness to halt immorality gave way to a legacy that has produced an unrecognizable nation in the 21st century for generations to come.

On April 14,1906 President Theodore Roosevelt, addressed the audience at an event for the laying of the cornerstone for the House Office Building (the Cannon House Office Building) and spoke of the evil of the times that was overpowering the culture of America. Even back then the wrong moral direction of our nation was obvious.

Even though Theodore Roosevelt professed to be a Christian and a member of the Dutch Reformed Church, he lacked the biblical worldview that shaped past generations. Nonetheless, he was fully aware that the nation was going in the wrong direction. In that speech, he tackled the problem head on, in addressing the journalists’ responsibility to be truthful and abide by God’s morals for living. This also applies to all citizens especially the professing Christians.

In his opening remarks, Roosevelt acknowledges the material problems George Washington’s presidency experienced. Even though many years had transpired the wrong human behavior was still the same. In other words, not much progress was accomplished due to the tendencies of people to embrace evil. That struggle is still very real today. We always have to wrestle with the same tendencies toward evil, but they must be resisted with good.

In the world-famous Pilgrim’s Progress of John Bunyan’s allegories which was first published in 1678 and only out-sold by the Bible has sold great quantity of copies and continues to be a best seller because the life journey portrayed there with all its struggles and temptations still rings true to humanity today. It clearly demonstrates how most people prefer the filth of life instead of God’s ethical blessings in all areas.

People have an obsession of choosing the destructive sinful – carnal life instead of the richness of a transformed life that begins with the acceptance of Jesus Christ as Savior and Lord. For some strange reason vile and debasing behavior is more attractive to humans. Those who think they can remain silent and “neutral” in reality must know they are endorsing evil.

We must all urgently war against evil if we don’t want to ultimately be overcome by it. No one is given a pass to remain unscathed in the face of unresisted evil. Evil must be exposed wherever it rears its ugly head in all of our institutions of society.

In our times, the social media and the spoken and written word is used to mercilessly attack without solid fact in absolute truth and facts. When individuals are attacked with exaggeration, the honesty and character of individuals are greatly harmed. Even so, there are those who rejoice when the evildoers excoriate decent people.

The Holy Scriptures are absolutely correct when it says, “Righteousness exalts a nation and unrighteousness is a reproach to any people” (Proverbs 14:34).

There is an urgent call out to the nation for all of us to defend and fight hard for justice and righteous to reign in our hearts and in our land. We must hunger for it like Matthew 5:6 states: “Blessed are those who hunger and thirst for righteousness, for they will be filled.”

We must hunger for love of God and our neighbor and courageously and boldly live it and proclaim it. This was America’s original intent in its foundation from the beginning. Those who oppose and seek to destroy that foundation are, in reality, fighting against God.

It is not only up to preachers and teachers to proclaim the word of God but also to those who want to restore sanity and God’s favor in our nation once again and let it begin with us through clean living and right-thinking to be achieved for generations to come as well.

What does the future of America look like a hundred years from now? The answer depends upon Christian America; if it embraces the full counsel of God as revealed in His Word and builds upon Jesus Christ the Cornerstone, a tested stone, a precious cornerstone for a sure foundation; if they rely upon this solid rock they will never retreat in panic but will burst forth with God’s light shattering darkness in all areas of life.

“Again Jesus spoke to them, saying, ‘I am the light of the world. Whoever follows me will not walk in darkness, but will have the light of life’” (John 8:12).

“While you have the light, believe in the light, that you may become sons of light” (John 12:36).

“You are the light of the world. A city set on a hill cannot be hidden. Nor do people light a lamp and put it under a basket, but on a stand, and it gives light to all in the house. In the same way, let your light shine before others, so that they may see your good works and give glory to your Father who is in heaven” (Matthew 5:14-16).